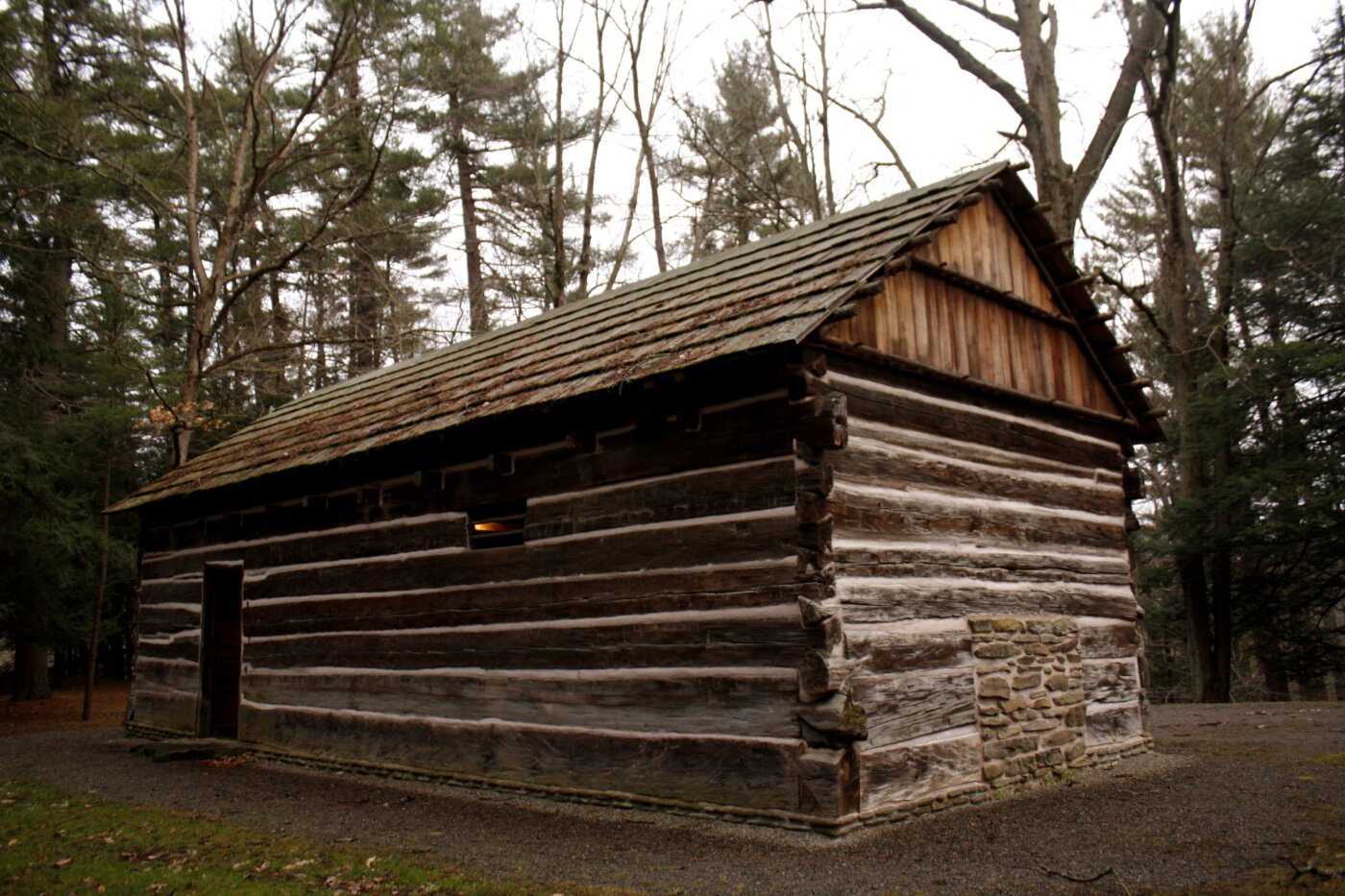 Seneca Council HousePlaque on opposite side reads: This ancient Seneca Council House stood at Ga-O-Ya-Deo (Canadea) on the Genesee River in days antedating the American Revolution. In it gathered the war parties that devastated the frontiers and before it their helpless prisoners ran the gauntlet. Around its council fires sat famous warriers and cheifs. For its preservation, it was carefully removed to its present location by William Pryor Letchworth and was re-dedicated October 1, 1872 by the last Indian Council on the Genesee.